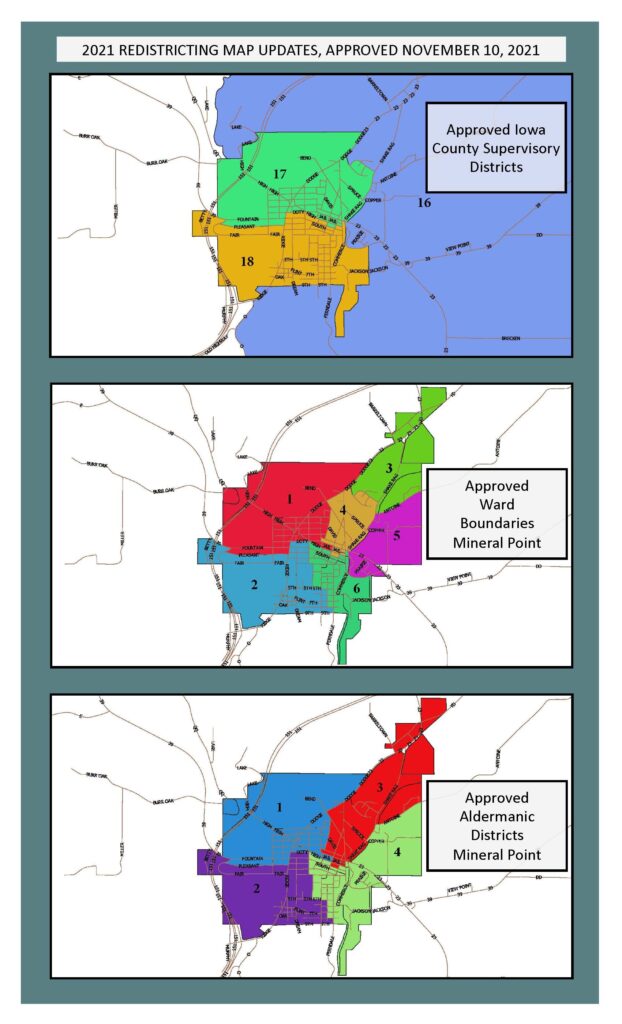 At the November 9, 2021 Mineral Point City Council meeting, the updated Aldermanic Districts  were adopted by Ordinance 16-2021 to amend the City Code.  The City has increased its population by 94 residents since the 2010 Federal Census.  Most of that growth has occured in the southeast/south central portion of the City.  Consequently, this has had the greatest impact on Aldermanic District 4, which had previously extended further to the west.  These changes are necessary to maintain as equal a distribution of population and demographics as possible.  The changes should be incorporated by the Wisconsin Elections Commission ahead of the first date to declare Candidacy and circulate nomination papers for the Spring 2021 Election: December 1, 2021.  For more information, please visit our Elections page.